A Brief Summary of the Really Long Novel 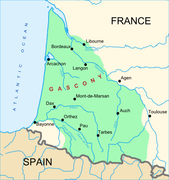 ​This is a summary of the Dumas novel, for those interested. The play is not the novel.
Powered by